Why is it so hard to quit smoking?

I’ve tried to quit so many times I’ve lost count.  I’ve tried just about every method you can think of, including nicotine patches, acupuncture, and even medicine prescribed by my doctor.  No matter what I try, somehow I always end up smoking again.  My question is, why is it so hard for me to quit?

Part of the reason it’s so difficult to quit smoking is because nicotine is so darned addictive.  But there’s a lot more to the smoking habit than just the nicotine addiction, so if that’s all your quit method focuses on, you’re trying to slay a rather large, fire-breathing dragon with nothing more than a toothpick.

In other words, the other reason it’s hard is because you don’t have the right tools.

The reality is, there are a whole slew of pitfalls that have nothing to do with nicotine.

These pitfalls will drag you from the path of success like cheap tourist attractions drag you off the freeway, foiling your quit attempts time after time.  To quit successfully, you’ve got to figure out how to…

Stay on the path.

The first step is to realize that you are on a path – that quitting isn’t an event, it’s a process – a journey, if you will.  Traveling down the path on this journey, there are a lot of distractions, and frankly, it can be hard to tell when you’ve arrived at your destination.

For instance, part of this journey includes going through the grief process.

The grief process is a psychological response to losing something, like your significant other, or your job – or your smoking habit.

The stages of the grief process, first described Elisabeth Kübler-Ross in her 1969 book, On Death and Dying, are Denial, Anger, Bargaining, Depression, and Acceptance.

We can talk a lot about what happens during these stages and why you go through them when you quit smoking, but the most important thing to understand about the grief process is simply that it is a process.  That’s so important, I’ll say it again, bigger:

The most important thing to understand about the grief process is that it is a process.

The reason that’s important is because people often get derailed while in the stages of this process, mistaking it for their final destination.  They think that this is what it will be like for them to be a non-smoker, forever, and they go back to smoking.

For instance, they may find themselves in the anger stage, raging at the world, their spouse, kids, coworker, boss…  and they say to themselves, “Geez, it’s better to go back to smoking than to kill someone, right?”   (Or get fired, or divorced, etc.  You get the idea.)

Or during the depression stage, they have no energy for life.  Nothing seems like fun anymore – without cigarettes – and they tell themselves, “I’m so miserable – I’d rather smoke than live like this for the rest of my life!”

But the grief process is a process, not the end destination.

In our journey analogy, this is the scary part of town, the dark forest with the creepy looking trees, the place where the music gets low and deep…  The last thing you want to do is get out here!

So recognize that this is part of the process, and

Stay on the path.

A couple useful tidbits about the grief process: 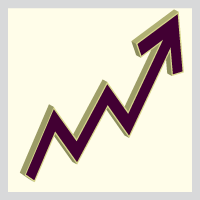 If you can do these two things:

1) Realize that nicotine isn’t the only thing you’re doing battle with, and

Your chance of slaying the dragon – for good – just went up dramatically.

What was your last quitting experience like? Did you experience anger or depression, or both?  How did you deal with them?  Did you end up smoking again?  Leave a comment and share your thoughts and experiences with others.

Next post: I want to quit, but I have no willpower. What do I do?