We’re just a few days into 2010, and I’ve already failed at my New Year’s resolution – again. I really, really want to quit smoking, but no matter what I do, nothing works.

I’m tired of making the same old New Year’s resolution every year, only to fail, over and over again. Is it possible I just don’t have enough willpower to quit?  Do you have any advice that will help me quit permanently?

I do have some advice for you, and in the spirit of the New Year, I predict that 2010 will be the year that you finally quit for good.  Here are three things you can do right now to improve your chances of success:

Don’t ‘Fight’ with Yourself

A lot of people talk about not having the ‘willpower’ to quit smoking, but I believe that anyone can quit, with the right tools and motivation.

When you’re trying to quit, motivation is actually a lot more important than willpower.  Trying to quit using willpower is like having a fist-fight with yourself:  Part of you wants to quit, but another part of you really wants to smoke.  Whether you manage to quit or not depends on which ‘you’ wins.  Regardless, it’s painful and difficult for ‘both’ of you.

Instead of fighting with the part of you that wants to smoke, recruit that part of you by tapping into your motivation.  When Abe Lincoln was asked “Don’t you want to destroy your enemies?” he reportedly answered, “Do I not destroy my enemy when I make him my friend?”

So don’t fight with yourself.  Recruit your ‘enemy’ – the part of you that wants to smoke – by learning to tap into your motivation, and avoid the willpower struggle altogether.

This is the one thing that could keep you smoking forever: holding out for a way to quit that is completely effortless.

Have you ever tried hypnosis or acupuncture, and expected it to completely eliminate your desire to smoke, with no effort on your part?  Have you tried nicotine patches or prescription medications, but not bothered with any of the behavioral techniques to go with them?

If you look back on your quit attempts and see that most of them have been centered on a ‘magic pill’ approach – that is, one that promises to quit for you, with no pain or effort involved, you may be a victim of ‘magic-pill mindset.’

The problem is, most people do have to put in some effort to quit successfully.  That doesn’t mean quitting has to be some torturous gauntlet that you have to run, but if you’re still holding out for the magical cure, you’re going to give up too easily.

There’s an old saying that if you don’t get something you want, you either didn’t want it badly enough, or you bargained over the price.  If you have Magic-Pill Mindset, get rid of it now by deciding that you won’t shy away from the effort required to quit successfully. 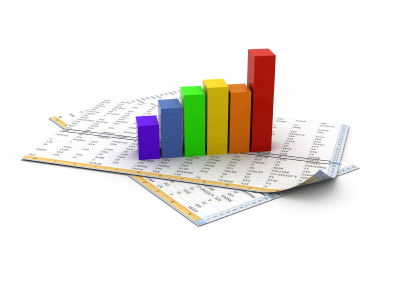 Statistics show that almost everyone who manages to quit smoking for good tried to quit several times before succeeding.  There are two things to learn from this statistic:

First, since most people have to try repeatedly, your ‘failures’ are NOT evidence that you won’t be able to quit.  They are simply learning experiences.  Knowing that, you can make up your mind right now to keep trying until you are successful.

Which leads us to the second point:  To quit successfully, you must learn something from every quit attempt.  Sometimes it’s as simple as, ‘well, that didn’t work…’ but other times you need to dig deeper and figure out exactly what went wrong.

Think about your past attempts:  Did you quit for a few weeks, and then ‘casually’ decide to have a smoke, only to end up back where you started?  Have you tried acupuncture, hypnosis, the patch, or nicotine gum, and expected it to make you just not want to smoke?  (You may be a victim of ‘magic pill mindset’ – see above.)

Spend a few minutes right now considering what didn’t work in each of your past attempts.  Jot some notes if you think that will help.

Make a New Plan to Quit

Use the insights you’ve gained by thinking about past attempts, and come up with ways to deal with the issues that derailed you in previous attempts.  Seriously consider a plan to deal with the psychological aspects of your addiction, too.

How many times have you made a New Year’s resolution to quit?  Have you been able to identify any of the factors that made you fail in that past?  Share your insights by leaving a comment below.

Next post: I’ve quit smoking – now how do I stop eating?